After joining forces in 1989, Harry Reed and Ian Simpson have come a long way in celebrating three decades in the Construction business.

Both Quantity Surveyors by profession and both extensively experienced in the field, the duo have built up an impressive company of 100 site staff, 7 senior foremen, with an average annual turnover of R100m in the past few years.

Although they now stand head and shoulders with most companies in this category – the pair, with a sterling reputation – admits that breaking into such a tough market had been a mammoth task during the first 12 years of business.

However, Reed and Simpson kept at their task of ensuring they deliver a quality product and aways on time!

“Over the past 30 years our commitment to the industry is reflected by the continual re-call from the same Quantity Surveyors, Architects and Engineers to undertake further projects with them”, says Harry Reed.

While there has been a common concern among those in the construction business about the currently depressed state of the South African construction industry, the success experienced by companies such as Reed Simpson Construction has proved there are reliable indications of a more fruitful period ahead.

After a few years of consistently being busy, this year has been remarkably difficult. However, as in previous years, the group will clearly rise above the adverse construction climate with their quality, efficiency, dependability and superior workmanship.

Reed Simpson Construction has been responsible for the completion of many projects. More recent projects include the development of Le Domaine Estate apartment blocks, Club De Vie recreational facilities, the frail care centre and hospitality suites.

They have also recently completed phase one of the Rob Roy Retirement Village in Botha’s Hill, with an approximate contract value of nearly R80m.

Some additional contracts completed by the group include the Texmaco office building in Gillitts (R7m), St Agnes Church additions in Kloof (R11.5m), new warehouse and office facility for Sondor Industries in New Germany (R20m) and a new dining facility and multi-purpose sports centre at Kearsney College in Botha’s Hill (R15m). Our most recent contract was with the African Palace, a
lodge built in Kloof. (R45m).

Testimony of Reed Simpson Construction’s work is evident in the many MBA  Building Awards won by the group throughout 2004 to 2010. Builders are probably the most courageous individuals in the country since they risk so much working against the odds, tendering the best quotes as well as labouring and traveling in gale, rain, hail and sunshine, through difficult traffic with loads of equipment and material.

These people don’t need the thrill of a lottery ticket, for their existence is a gamble. A builder has to be an individualist – independent, courageous and tenacious.

“The day he signs his first contract he accepts the largest challenge the community has to offer” – Harry Reed. Reed Simpson Construction has engulfed this gamble with purpose and determination.

“Our work within the building industry, and the varying types and amounts of work undertaken, is evidence that we have faced the challenge and won” – Harry Reed.

For Harry Reed and Ian Simpson it has clearly been a constructive, rewarding and most successfully satisfying two decades and their track record thus far is a shining example of what is to follow for the years ahead. 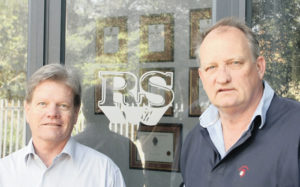 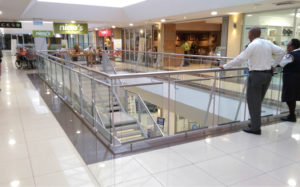 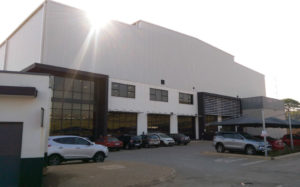